HomeBlogWhat causes the greenhouse effect and what are the consequences
Environment

All living beings are linked to planet Earth. But we don’t always pay the attention that it deserves. We want to encourage you to change your mind on this topic by explaining what causes the greenhouse effect and what are the potential consequences that it may cause.

Before starting, do you know exactly what this phenomenon is? Let us clarify it briefly in the next paragraphs.

What is the greenhouse effect

The greenhouse effect is a natural phenomenon in our planet that makes living possible, making it liveable. Its name comes from the way it works, as it acts just like a greenhouse would do. It’s simple:

The atmosphere is a gas layer that covers the Earth. It allows the heat from the sun to come through (solar energy) and warm the planet.

The problem is that human activity, by using fossil fuels, has made the greenhouse gas layer thicker, disturbing the natural balance, boosting its effect and causing negative consequences.

What causes the greenhouse effect

In the last 150 years, human activities have been responsible from increasing greenhouse gasses in the atmosphere.

The most problematic actions that increase the greenhouse gasses are:

Thus, some greenhouse gasses are tightly linked to human activity, such as CO2. But, what are the main gasses that are able to stop the heat?

The international community has agreed to stop global warming because of its widespread effects. Let’s see more on this.

Do you know the consequences of the greenhouse effect?

A natural phenomenon in the planet has become a huge dilemma for it, mainly because of humans. It’s time to become aware of this situation and prevent climate change. These are some predictions:

However, the problem is that many of these changes are real now. For instance:

The fifth evaluation reform from the Intergovernmental Panel on Climate Change indicates that sea levels have risen 19 centimetres between 1991 and 2010.

The European comission alerts that repeated extreme climate disasters such as intense rains indicate how climate change endangers nature and makes species change their habitats, and the consequences seen in Europe (more heat waves and droughts in the south and centre of the continent, while the north turns more humid).

What can we do to fight climate change?

According to Eurostat, the European Bureau of Statistics, state memters of the European Union have decreased their release of greenhouse gasses by 22% in 2016 compared to 1990.

Thus, adopting a responsible attitude is the first step. At Eden, we are commited to our clients and the planet. This is shown by our Carbon Neutral certification, that implies we used policy to minimise our environmental impact. Some examples include:

We can all contribute to mitigate global warming. Do not stay behind and acquire healthy habits for you, your family and the planet. 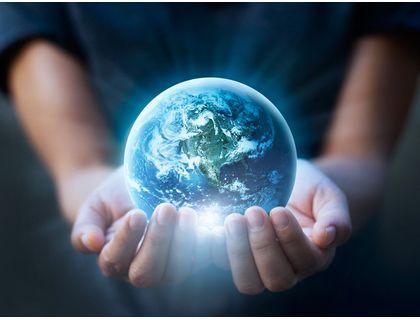