Although Bob Marley died over 30 years ago, many people still revere this legend that provided the introduction of reggae and ska all around the world, bringing his Caribbean style of music and lifestyle to an enormous audience. You don’t usually think of Bob Marley and consider your next cup of coffee, but all of that is about to change now 'Marley coffee' is born. 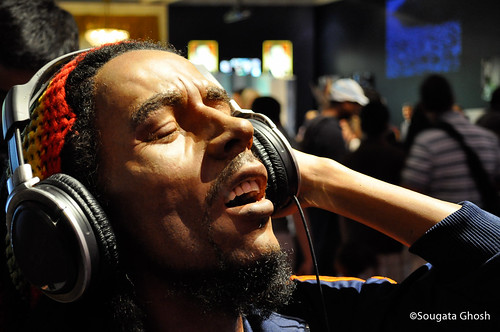 Whether it’s the songs No Woman No Cry, One Love, I Shot The Sheriff or Lively Up Yourself that you usually associate with Bob Marley, he will probably also be thought of as the developing world’s first pop superstar. Records and accounts of his life don’t necessarily mention his coffee drinking, whereas his support of the Rastafari movement is well-documented. Apart from leading a generation, he created one of his own with 11 children born between 1964 and 1978. It is one of those children, Rohan, the son of Bob Marley and Janet Hunt, who is bringing Marley coffee to the world’s attention. Let his son explain Rohan explains that his father was originally from farmland, having been born in the village of Nine Mile in Jamaica. It was here that he learnt about humanity and nature which help guide his life. His son further informs us that it was always his father’s dream to return to that farmland one day, and Marley coffee was founded so that within a cup of their coffee you can hold a portion of their dream. The family remember that their grandmother dried wild coffee berries in the hot sun and then roasted them to make her coffee every day. The Marley coffee has been arranged so that the same aroma and smooth flavour that the grandmother used to drink is found within every cup today. The Marleys have set up an international gourmet coffee business where they source beans from all around the world including Ethiopian, Central America and closer to home, their birthplace, Jamaica. The local beans are from a 52 acre estate in the Blue Mountains in Jamaica. They are able to provide true Jamaican Blue Mountain coffee which they share with their partner farms in Central America and Africa. Their goal is to bring ethical practices which are sustainable and will help to support communities and the local environment through organic produce.  Marley coffee reaches the UK Having been available in selected parts of the world, the Marley coffee is now available across the UK. The business claims that Marley coffee works with Rastafarian principles which include their motto of all things pure, true and vital. They are directing a part of their profits from the Marley coffee UK campaign to support a small charity called Kicks for Cause. Their aim is to build football fields and open up football camps for children of coffee producing communities around the world, and many people will appreciate that Bob Marley was a football fanatic. There will be three varieties of Marley coffee available: One Love, Buffalo Soldier and Lively Up are the three European offerings. Bob Marley once said in this great future you can’t forget your past. Future generations listening to Bob Marley music will be drinking Marley coffee and extending the legend for more decades. Are we likely to see John Lennon Imagine tea or a Jimi Hendrix Purple Haze delight next? Let us know if you'd like to see the Marley coffee range added to our coffee machine rental plans fo r the office.