There are many motivation theories about the work environment that have been developed over time. Worker’s motivation is a particular priority for companies, as this is directly linked to their satisfaction. Motivation ensures competitive advantages and the organisation’s sound progress.

It’s vital that a company knows the main motivation theories, which can be classified in two big groups: content theories and process theories. Let’s see them in detail.

Motivation theories that belong to the content theories group

Among the content theories, we find concepts about motivation that consider everything than can estimulate, incentivate and push people. The most influential are:

Maslow established a hierarchy of needs that human beings must cover. As humans satisfy their most basic needs, they develop higher needs and wishes.

According to Maslow’s theory, there’s a pyramid with 5 big groups of needs, classified from the most basic to the most elevated/complex:

In the most advanced societies, work must aspire to saciate more than the most primary or basic human needs. It must try to make workers reach those most complex and elevated needs.

He focuses his theory in three types of motivation, based on impulses:

Psychologist Frederick Herzberg identified, thanks to his research, two types of factors that influence motivation and worker’s satisfaction.

This theory talks about two opposing types of management:

Assumptions about motivation in the process theories

The best known theory in this category is Vroom’s expectative model, which has been improved by other authors like Porter and Lawler.

It’s based on defining what it is that a person is seeking in a company and the way they will try to achieve it.

The expectatives theory is based on three basic assumptions:

Contrarily to other motivation theories, this model doesn’t prescribe acting according to satisfied needs, or the provision of punishment or rewards. In this case, individuals are considered thinking subjects. It is also considered that their perceptions and estimation of probabilities influence their thoughts. This way, simple incentives are considered as more motivating than complex ones: the latter can generate uncertainty and prevent the person from linking the efforts he must make to the possibility of reaching his goals.

Work atmospheres must provide well-being to workers. Their satisfaction allows them to reach company goals but also to live in proactive environments where relationships are fluid and friendly. 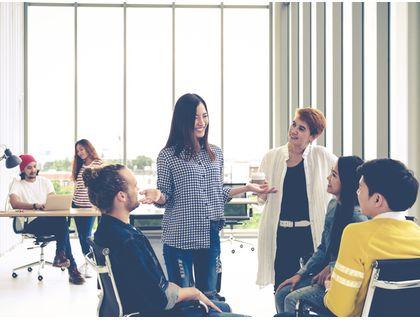