HomeBlogBenefits of coffee at the workplace
Coffee

If you are one of those workers who can’t seem to function at the office without first enjoying a cup of coffee, then you are not alone. As one of the most popular drinks in the workplace today, coffee has long been used as a way to not only feel revived, but to sharpen thinking skills. Here are some of the many ways that drinking coffee at work provides a benefit to employee and business owner alike. National coffee day survey Let’s start by looking at the results of a recent survey commissioned by U.S. company Dunkin’ Donuts in association with CareerBuilder. According to this 2012 survey, the workers who most need their daily cup(s) of coffee in order to get through the day are food preparation/service workers, followed by scientists, sales reps, marketing professionals, nurses, editors/writers, business execs, teachers, engineering techs and IT managers. With such a wide variety of professions, it’s clear that just about everybody, regardless of job title, relies on coffee to make it through the workday. The majority of them (63 percent) drink two or more cups in a day. The youngest workers, aged 18 to 24, are those who most feel they aren’t as energized or motivated without their daily cup of coffee while females make up the majority of the 43 percent of workers who claim they are less productive without it. How coffee affects employees If you are an employer, listen up. Coffee is considered an essential part of the workday by most workers and there are actually facts behind this assertion. Of course, the main component of coffee is caffeine, which is proven to keep people awake and alert via stimulation of the central nervous system. And because it increases heart rate and combats the fatigue that regularly assails workers (particularly after lunch), coffee plays a vital role in providing the energy that aids productivity. When our minds aren’t plagued by tiredness, they tend to think more clearly so it could be a good idea to include pots of coffee at your next strategy meeting or a coffee machine in the office. Another benefit of the caffeine found in coffee? It is absorbed very quickly so the boost of associated energy usually occurs within fifteen minutes of drinking coffee and the effects last for hours. This makes coffee a cheap and effective way to stimulate your employee’s physical abilities (by increasing the circulation of fatty acids which provide energy) and mental processes. Do you have any employees who suffer from migraine headaches? Caffeine is a very effective treatment because it functions as a vasodilator. A very common cause of migraines is restriction of the blood vessels and the caffeine in coffee dilates them. Without the pain of a headache, your employees are likely to function much more efficiently. If you are looking for ways to cut costs in the workplace, don’t subject coffee to the budget axe; it can actually be a very effective way to increase your workers’ energy, motivation and productivity. Image credit: Refracted Moments™ 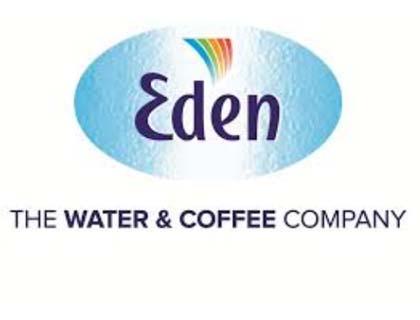